What are Subterranean Termites? Call Leupitz Pest Control immediately at (503) 362-8100 to confirm and eradicate the pests before they cause more damage to your home or commercial property.

Subterranean termites nest in the ground and infest wood directly in contact with the soil or by construction of mud tubes within which they travel to and from their nest. Though termites consume wood, they are unable to digest it but instead possess one-celled protozoa in their gut that breaks down the wood cellulose into a form that the termite can then consume.

Subterranean termites are social insects (much as honeybees, carpenter ants, and yellow jackets are social insects). Four ‘castes’ make up the framework of the colony: Primary and secondary reproductives, soldiers, and workers. In large colonies, the secondary reproductives produce the greatest share of offspring. Soldiers have large heads and mandibles; their sole purpose is to defend the nest from invaders. The workers, a cream-colored wingless creature, provide the food for the nest.

The species of primary economic importance in the Pacific Northwest is the Western subterranean termite (Reticulitermes hesperus), which is found from south-central British Columbia to northern Mexico. The workers and soldiers tend to be about 3/8 inch long; the winged reproductives are black and about ½ inch long excluding wings. Reproductives typically swarm in western Oregon either in the spring or early fall, depending on the individual colony.

Subterranean termites like moisture, but are discouraged by water saturated soil. They can travel up to 100 yards away from a nest to their food source. This often means that the point of infestation where termites are found in a structure does not necessarily indicate that the nest is in close proximity. Colony sizes can exceed 60,000 in number.

The most common sources where Western subterranean termites are found include earth-wood contact outside and under a structure, wood debris and form boards left under a structure, damp or poorly ventilated areas, cracks in continuous concrete foundations and slabs, and concrete slab locations where a heat source (furnace, hot water heater, or appliance) is in place. 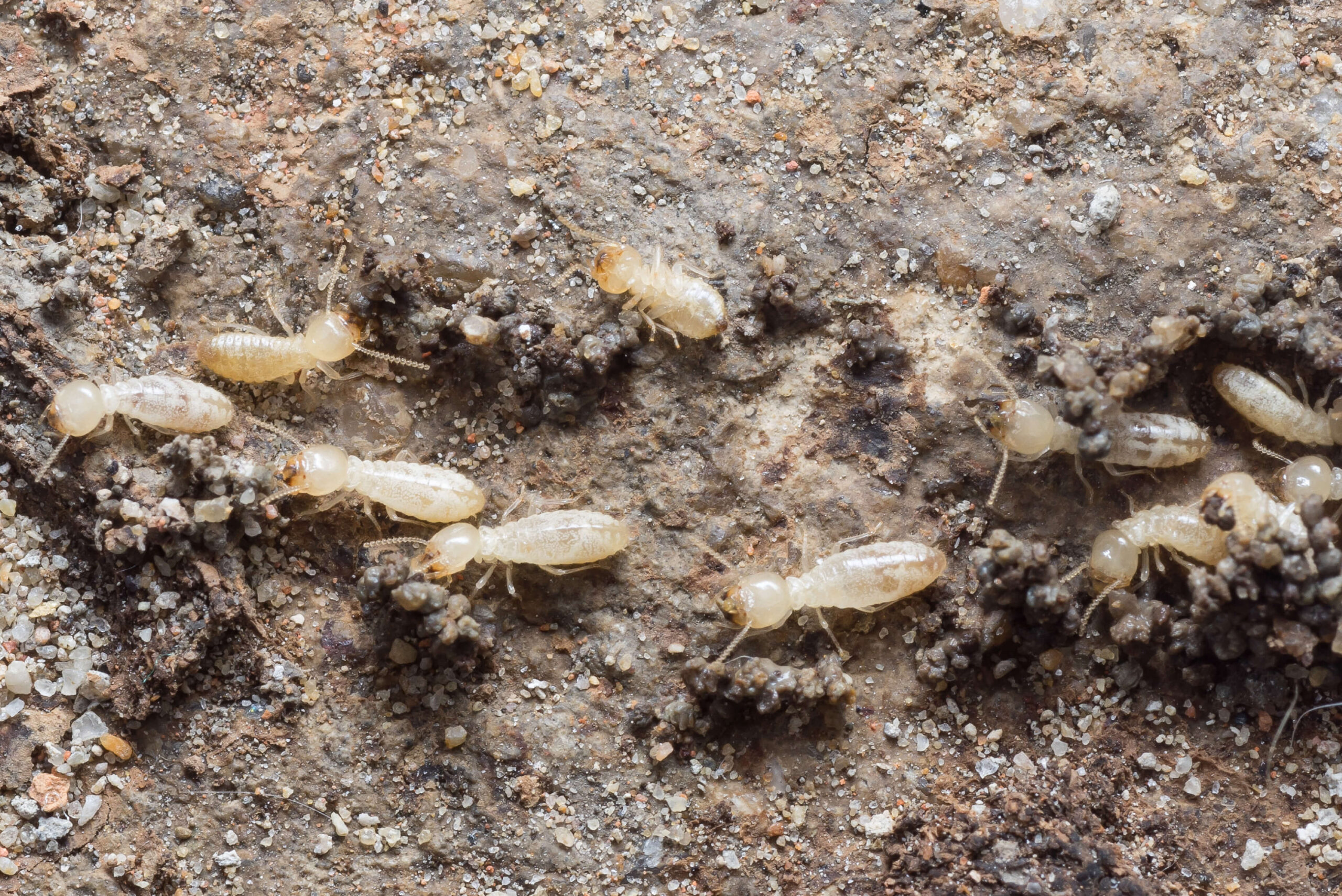